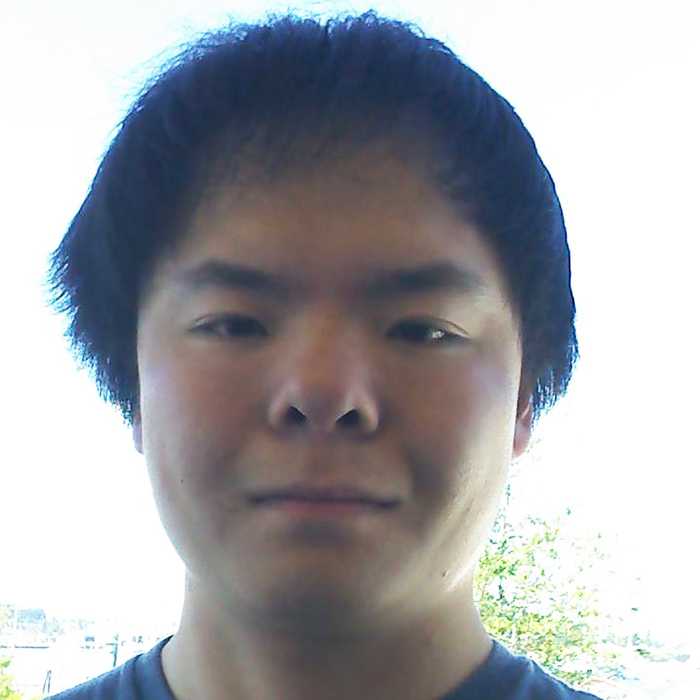 Date of adoption: May-06

Timothy Tian Bao Estes was born with a heart condition. This is the story he remembers about how he came to live in the Luoyang orphanage in Henan Province.

He remembers the first five years of his life in fragments. He had no family and can't be sure about his birthday, he says. He landed at the Luoyang SWI at 8 years old. Before that, his story is a patchwork quilt of half memories. He was taken in at one point by a man who was good to him at first, Tim says, but then began beating him every night. He remembers train rides, not destinations, and another man who bought him from someone else. That man lived near a mountain. Eventually, Tim wound up on the street.

“There were good people taking care of me and there were not so good," is how Tim describes these years.

Passed from one household to another until he was 3, Tim landed with a couple, farmers with two sons who told him that they found him.

The couple were in their sixties. They looked for a younger family willing to care for him, but when no one wanted a little boy who needed to rest after walking ten feet, they took him in themselves. Tim lived with the family for the next five years.

“They were some kind of religious, always bringing me to the temple, stuff like that,” says Tim, who is 24 and lives with a roommate and his family in Port Orchard, Washington. “They give me Chinese name, Tian Bao. Tian means Sky God. Bao means protect. God protects me, that’s where the name comes from.”

One day, the woman, whom Tim called “grandma,” told him that she and her husband were too old to care for him properly. He would have to go to the orphanage at Luoyang.

“It was a hard day,” he remembers. “Once she left, I cried really bad. Pounding on the doors. It took me a long…hours, hours to settle down.”

A month later, one of the orphanage workers talked to Tim.

“Right now you want to stay here, “ she told him. “One day, hopefully, somebody be able to fix your heart for you. Maybe you go to school to learn. Maybe when you grow up, [you will] be able to go back to see the woman.”

“So, that was the time I started to calm down,” Tim says.

Six months later, in June 2001, after the orphanage had received an influx of donations, Tim had surgery to correct his heart condition. He began first grade the following September.

One day, years later, he learned that he would be adopted. He was 14, the cut-off age for adoption under Chinese law.

"I came back from school and my friend told me, 'Oh, you're going to be adopted."

"Almost every kid in that place, once people start sending you stuff, you feel like you are going to have a family. You are going to leave the orphanage," Tim says. "So, that was exciting."

He knew no English. He said he barely paid attention in his third grade English class. His adoptive parents didn't speak Chinese. They brought an interpreter with them for the first meeting and later used a small dictionary. They hugged him. They took him to the hotel. They went shopping. Tim wanted to bring gifts to his friends and to the "aunties" at Luoyang, but his new parents didn't understand what he was trying to say.  A fellow shopper walked over and offered to help.

"I was struggling trying to communicate with this couple because I don't get what they trying to tell me... This guy spoke English. He walked up to me and said. 'Oh, you need help.' And I said, 'Could you tell them I want to bring some gifts to the aunties? So I brought some gifts. The next day my parents and me went to the orphanage, basically to see the place where I lived and the people. And that day, it was a hard day. I cry a lot. After that, we just left the city the next day."

Once they were home in Washington, the realities continued to set in. The language barrier created problems. School was difficult. Tim wasn't making progress as quickly as his parents hoped he would. He was depressed and stressed. A guidance counselor suggested that he apply to Job Corps, the national vocational training and education program. There, he began to flourish. He became a dormitory leader, dramatically improved his reading and math skills, completed a pre-carpentry program with professional certification and trained as a firefighter. He fought wildfires in Washington, Montana and Oregon.

When Tim completed Job Corps, he did additional work around the country through AmeriCorps, a national service program. He earned his GED and traveled to Arkansas, New Mexico and Texas doing volunteer work, such as building bridges and other public works projects. He volunteered for hurricane disaster relief in New York after Hurricane Sandy hit. He even worked as an adaptive ski instructor in Winter Park, Colorado for the National Sports Center for the Disabled.

After his travels and varied experiences, with more confidence and sense of purpose, Tim decided it was time to settle down. He bought a car and landed a job as a furniture installer for a Washington company. Today, he travels around the country to companies like Boeing and Nike installing high-tech office furniture. In a recent week, he worked sixty-six hours.

Tim says he's focused now on saving money. He would like to meet someone, maybe marry one day and have a family. He has friends, but when he's not working, he says: "I feel lonely.

His adoptive family was good to him. He felt loved, but the language barrier, the school frustrations, it all created tension. His mother and father argued with each other. They all argued.  An incident Tim prefers to keep private wound up being a break. He moved out when he was 17-1/2. He is no longer in contact with his adoptive mother, brother or sisters. He and his father talk by text message. They met for dinner about a year ago.

Today, Tim says his routine revolves around his job, which is busy and physical.

Work, come home, pay the bills, not much," he says of his daily life.

He thinks about the couple who took care of him when he was a little boy. He remembers where they live and knows he could find them again if he ever returns to China. They have not talked or seen one another since he left. 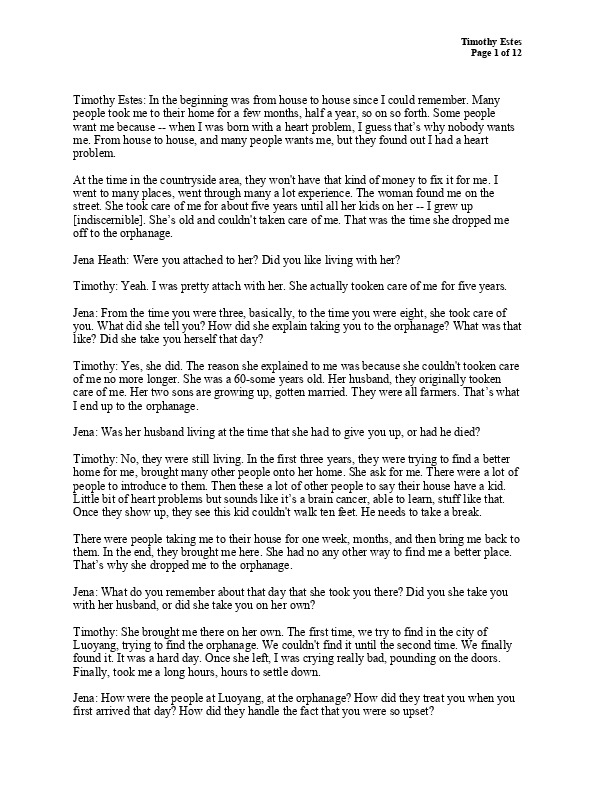