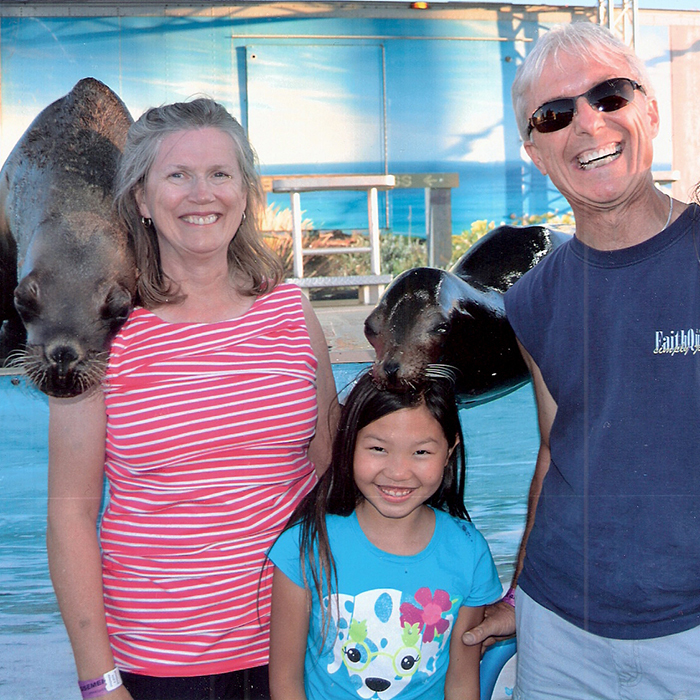 Three days later, after she had been taken to the Chenzhou Municipal Civil Affairs Bureau, the umbilical cord dropped off and her birthdate was assigned: August 12th, 2005.

Today, Zoi lives with her parents in Vancouver, Washington. She has two school friends who were also adopted from China. She loves animals and thinks she might want to be a vet. She has two older brothers, ages 32 and 34, and a sister, who is 29.

Zoi says that she sometimes wonders about her birth parents. Indeed, her desire to learn more about her life in China prompted her to want to talk with Our China Stories, her mother says. We talked via Skype.

"I sometimes think about them but I mostly just have questions for them about, like, other family," Zoi says. "When I was in, I think, second grade, our teacher had us write this note to someone. And so I wrote a note to my birth mom in Chinese in case I ever find her. I have this little box, I guess, that I put it in. And then I took a picture of it, of the outside design and the inside design just in case I ever lose it so I could rewrite it."

If she ever meets her birth parents, Zoi knows the first thing she will do.

"I would give them the note," she says, "and then I would wonder if you guys had any other children...It would be like I was giving them an interview, kind of."

She plans to search for them when she's older. 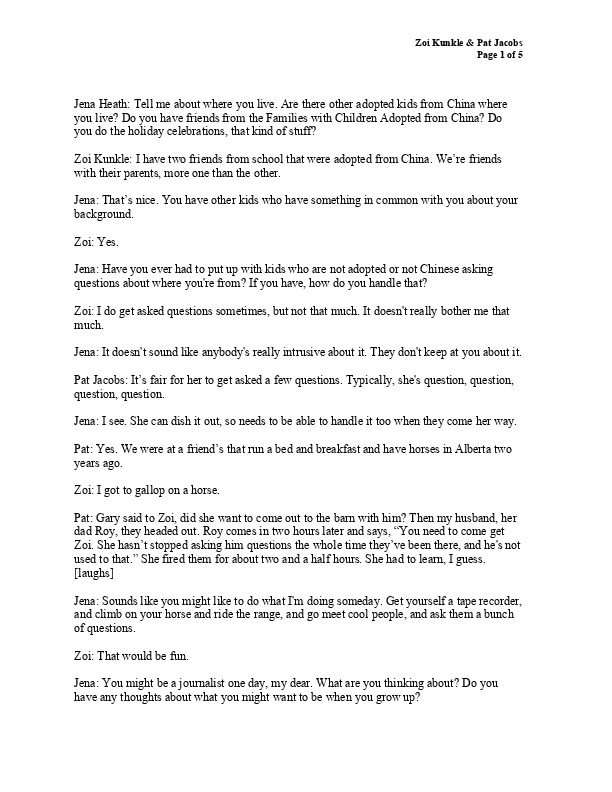