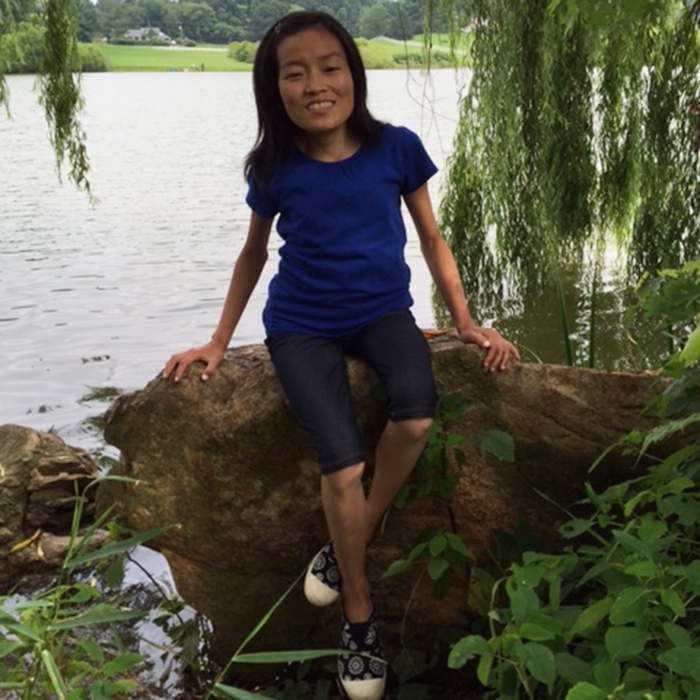 Place of adoption: Never adopted. She was sponsored by a family to come to the U.S.

All adoptees want to go back, but I can’t go back. It’s so easy for them, but I have to wait.

What am I waiting for? I am waiting to become a United States citizen.

I grew up in the Luoyang SWI, in Henan Province. In 2006, at 19, sponsored by a family from Washington State, I left China. I haven’t been back since. The past 10 years have been filled with studying English, passing the TOEFL exam, getting my degree and finding a home, a community, in this country.

My story is not the typical Chinese adoptee story. For one, I was never adopted. I made a new category for this site: "Non-Adoptee" because I'm not in the same shoes. I was sponsored by a family that did charity work in China. They were visiting the orphanage.  I spoke some English to them when they met me. And someone (like a translator or director ) had told the the family I was smart and good. The family learned that I was rejected when I had applied for a visa before.  They said they wanted to try to help me. They went home. After a few months, they started to contact the orphanage. That is how the process got started. I actually got denied for a visa twice. First time, I was going to come in 2005, when a family from New York tried to help me. Then this family from Washington tried to sponsor me, but I got refused again by American embassy. Two visa rejections were very hard and disappointing. The only reason I learned I was rejected was because I was an orphan without any family, that I had no any financial property. But I tried to again. On my third time, it got approved. I left China shortly after.  Tell them, they can sponsor children through student visas, but the government approves it or not, it is up to them. That is why I think it is risky. The family has to provide financial support. And I am really really lucky. I had never heard of anyone else who came to America like my circumstance.

When I was able to come to the U.S., it was with excitement.  I thought I would study and then go home. But I realized how different it was here than it is there, and I knew that staying here, my life would be much better than going back. I have lung restrictive disorder, sleep apnea and scoliosis. I have to see a pulmonary doctor every year for a lung test and check-up. Doctors have to make sure that the rods in my body don’t break. In China, it would be hard to get access to this medical care. In the United States, if you’re disabled you can advocate for yourself in the workplace and they will make accomodations for you.

My Chinese name was given by one of the caregivers in the orphanage. She told me when I came to the orphanage that I was very sick. She named me Miao Miao “New Sprout. “ She hoped I could blossom like a new tree.  Anyway, I think I am really, really fortunate in this crazy world. I never thought I could come to America like many adoptees. One of my caregivers once told me: "Your life is miserable in some way, but at the same you are the lucky one among your unlucky life." I first did not really understand what she meant. It took me a long time to get it.

Haha, I think living in the orphanage the entire time of my life has surely motivated me that someday I wanted to leave that place. In order to get out, I must be positive in the darkness, don't give up even if life is not so good.

Today, my friends call me Mia. I feel like the name fits. Blossom just means I grow, I strive, like strong tree. I think she was telling me that she thinks I should be brave and grow like a strong tree. 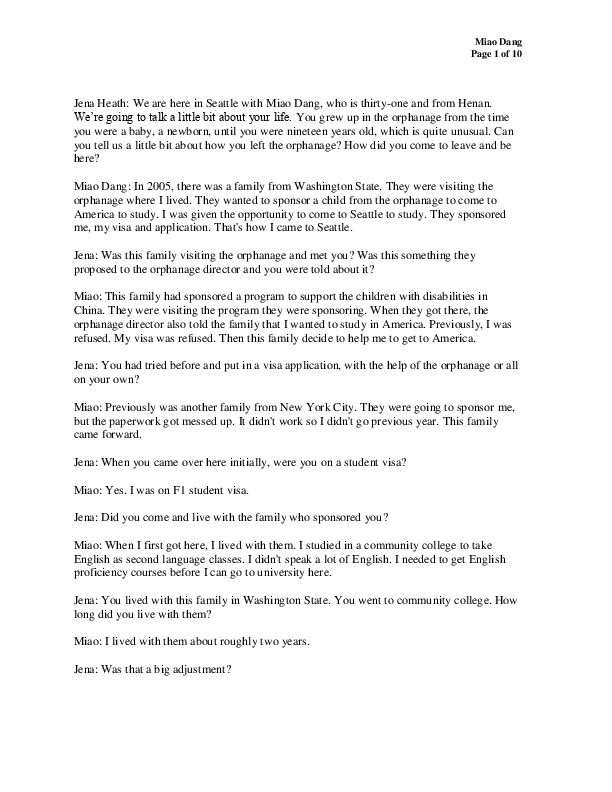