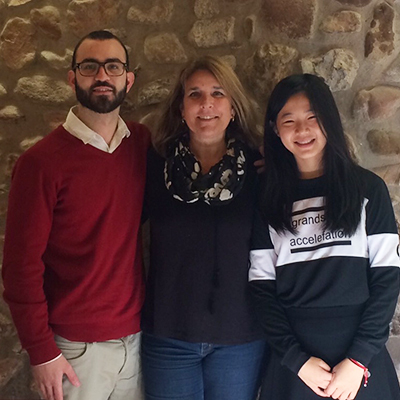 Helena, 15, grew up with a rural family in Heilongjiang Province, in northeastern China - until the day they took her to the local orphanage.

`I cried for a long time. It feels like the sky has fallen,` she says. `It's extremely heartbreaking. I'm very sad.`

For the next year and a half until her mother, Elena Triginer, came from Barcelona to adopt her, she lived at the orphanage.

Were the people she had lived with her birth family? She doesn't know. They have told her two stories:

Story One: They found her abandoned and raised her. She had no hukou, the identity document necessary for virtually every aspect of life in Chinese society. So, because she wasn’t their daughter, they said they had to leave her at the orphanage.

Story Two: She is their biological daughter, but there is an older daughter in the family. The father in the family also told Helena that she was `naughty,` so they decided to leave her at the orphanage.

Last year, she ceased the contact she was maintaining with them through social media.

`I don't want to contact them right now,` she says. `I need time to recover.`

She wants to study math and psychology, `to help people like me, who have big changes in life.`

She also thinks about one day becoming an interpreter. Our interview with Helena and her mom was conducted in Mandarin, English and Catalan via  FaceTime. Shanshan Zhang acted as Mandarin interpreter. 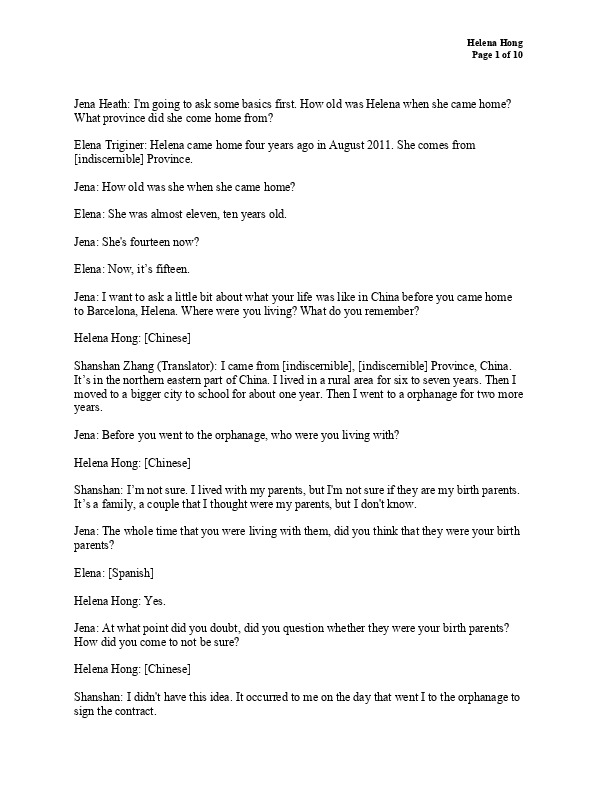