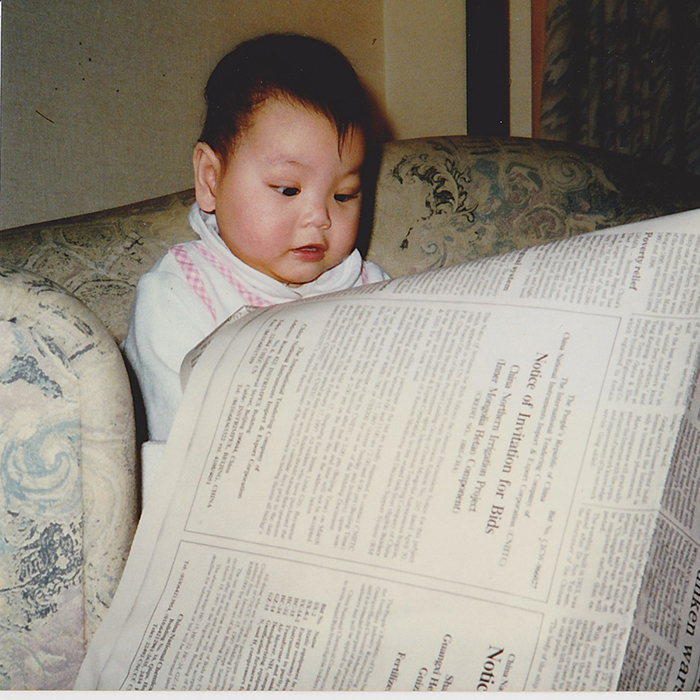 Naomi AKA 王吉红 was 9 months old when she came home from Shanghai to a bucolic coastal village in the south of England.

Now, 20, she is studying linguistics at University and creating videos to explore questions about identity. You may have seen her YouTube channel, The Here and Nao. If not, visit (the link is posted below)! Here, she talks about growing up Chinese in the English countryside, transracial adoption and how she handles intrusive questions:

Is a question many people ask themselves, but for me and many adoptees this question provides an unwritten response.

I am Naomi and before I was the person that I am today, a Student of Linguistics, a girl who loves to play records,  hang out with friends and collect old cameras, I was known as Wang Ji Hong 王吉红, an infant living in Shanghai’s Orphanage with no possessions and no family.

I came to the orphanage as a baby. I was found outside a department shop in Shanghai on the 26th of April 1996. No information is known about my parents, real birthday or why I was given up. As I was born in 1996 the orphanage named me and all the other babies born in that year 王Wang, they gave me the first name 吉红 Ji Hong, meaning lucky red. Although I haven’t used this name in years, it’s funny to think that back then it was one of the few things that I had of my own.

I was adopted by an older English couple. They traveled to China, having never been to Asia before and came and met me in the orphanage. From there on, I went to live with them in the South of England.  I grew up and my parents sent me to the best schools that they could. They encouraged me to embrace my true self, including the two sides of my culture. However I often struggled with fitting as we lived in countryside areas with almost little or no diversity and I rarely ever spoke to or knew any other Asian people. My sense of self and what it means to be Chinese has thus been shaped by my experiences being often the only person of color.

Adoption is not something that is talked about openly in the United Kingdom. Neither is race, nor the long term effects of transracial adoption. Often the altruistic vision of adoption is projected and it is seen as this ‘all positive solution.' Growing up it was hard to come to terms with my feelings over loss and grief. I struggled to put into words what I was feeling. There were no older adoptees or Asian people to  speak with about what I was going through, and instead I was often met with the response: “ Your parents love you now.” Albeit this is true, however it is a separate issue from feelings over adoption. When adoptees talk about loss, it doesn’t mean that they’re not grateful or don’t love their parents. It is a separate issue talking about the trauma that has affected their lives.

I believe that misconception is particularly due to the smaller numbers of adoptees from abroad in adopted to the UK. For example, over half of the children adopted from China went to the United States. The adoption community in the UK is thus less developed and less in the public eye. This has often frustrated me, I have often wished to be in an environment where adoption is more publicly understood and there are more resources for adoptees growing up. It is also hard to reconcile that someone in the orphanage chose for me to be English. Despite the fact it has made me who I am today, I feel that it would be great for the UK to move towards a more open discussion around these issues that transracial adoptees face.

Whilst reconciling with my English side, it has been strange knowing that I am part of the world’s biggest population, yet I feel like I hardly know what it means to be Chinese. This occurred to me when I attended my last two years of school, and I moved to an international school with many students having come straight from China. I finally saw the difference between me, an adoptee and them, people who were raised in China. I felt disconnected and lost from my culture and I began to question myself.

After this I went on a gap year and decided to explore my identity more. I began to question how it feels to be adopted and I started to think about it more. I decided that I wanted to take steps to discovering my heritage so when I attended University I had the chance to take some classes in Mandarin. It was really exciting to learn the language that I would’ve been brought up speaking and and the language that my brain was operating in from birth to 9 months old. I even got to go back to China with my University and we got to hang out with Chinese people our age. Seeing China and its youth culture made me proud of my heritage for the first time. Being around that and being in an environment where I look more like the average person, made me feel, overall, more content with my background.

This duality and dramatic contrast between the two parallels of my life, has been the topic of many of my Youtube videos. I started YouTube after having many conflicted feelings over my adoption. Despite the fact I had known all my life that I was adopted, I was beginning to ask questions and I wanted to talk about it and share with others like me. I wanted to turn my adoption and feelings into a positive thing, and help others in my situation. Hence I started a Youtube channel as a platform to connect to other transracial adoptees and other British Asians going through the same feelings as me. 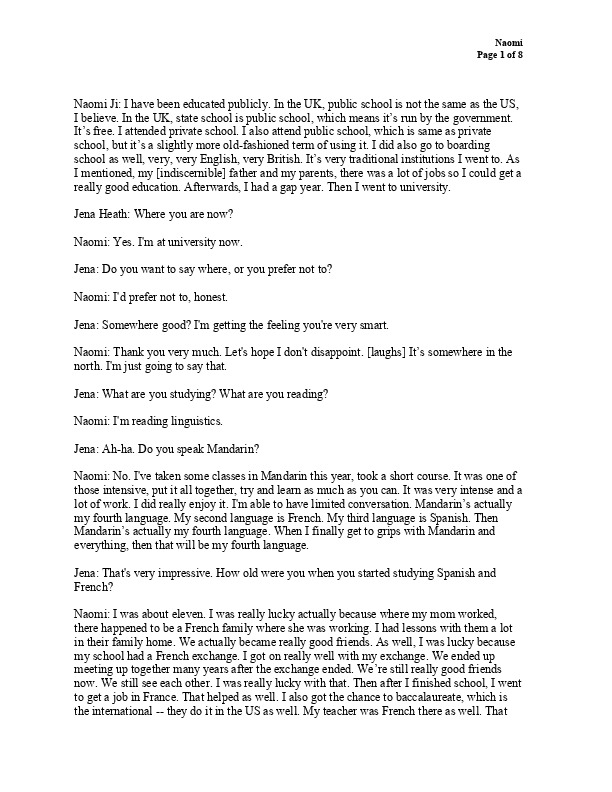