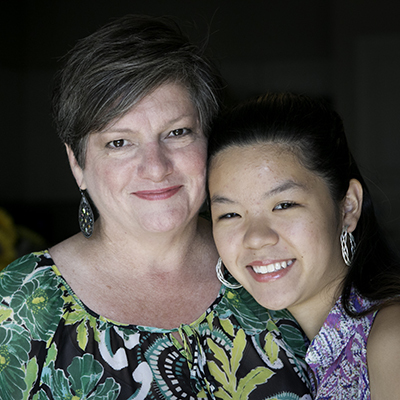 `I want to go visit France and everything before I visit China,`  says Emi, who lives just outside Dallas, Texas. `I’ve been wanting to go visit the Eiffel Tower since I was little and I didn’t think much about China when I was little. So, I don't know.`

She and her mother were interviewed together, at Emi's request. Diane says she would help Emi search for her birth parents if Emi ever wants to do that.

`I mean, that's one reason why I might want to go back to China, to see where I got my genes from, but other than that, I don't think about them,` Emy says. `And then when I tell people I'm adopted they're always like, 'Awww' and I'm o.k., whatever that's supposed to mean, but I guess I'll take it.`

She says she gets the most dramatic reactions from other Chinese people at the local Asian market. Diane says the reactions she gets have changed as Emi has grown up.

When she was a baby, I think people got it more,` Diane says.`That was when there there was more frequency of adoption and it was more in the news. You could see them connecting the dots. Doesn't look like her, she's holding the baby, she's treating her like a real child and fussing at her, so that must be her mom, so she must have been adopted. I kind of enjoy watching people go through that whole process. Sometimes it's fun. But then I got all of the stupid questions, 'Is this really your child?' Well, yeah, I just changed her diaper.` 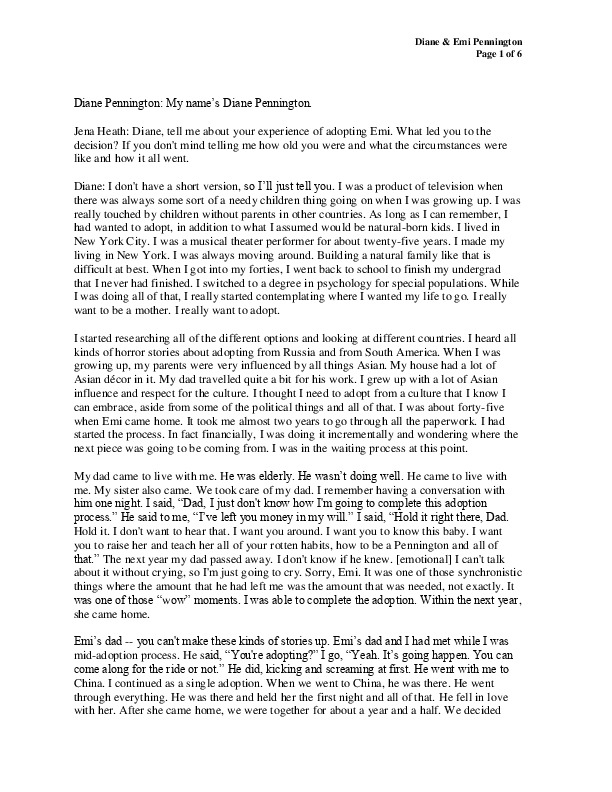