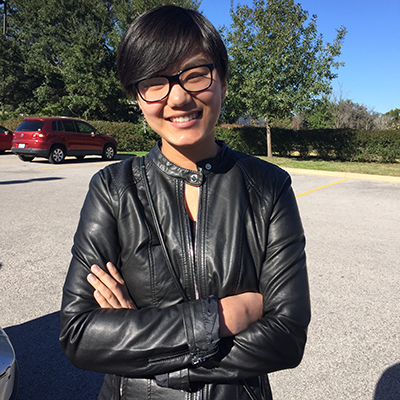 My name is Zoe Watts. I’m an 18-year-old student at Southwestern University in Georgetown, Texas, majoring in Studio Art. I was adopted from Yulin when I was 18-months-old.

Something that’s always fascinated me is the concept of “fitting in” whether it be in a specific group or in society as a whole. Since I was little, I was always an active member in the Austin, Texas chapter of Families with Children from China. I made friends with other individuals with similar stories and we bonded over our shared experiences. The first community I ever felt like I fit into was this one, the community of adoptees and their parents where I could relate.

As I got older I became more aware of the differences that separated myself from my peers outside the adopted community, and the labels I was given. I chose many of them over the years: Asian-American, Chinese, adoptee, ally, feminist. I wore them proudly. Others were given to me, and some were stereotypes about me based on what little people knew. For a long time, I thought I was being targeted. I internalized these generalizations and assumptions and stopped being proud of who I was. I justified my fear of standing up for myself and those like me by thinking that everyone was “out to get me”, that “no one wanted to be my friend” or, probably the worst, that “people just don’t know better”.

I was wrong, of course. I’m not the only one suffering from injustice in the world. In fact, in comparison, I have it easy. And I had a voice and the resources to speak out. I began to look into what “fitting in” really meant. How do you fit in to society? Your community? The labels and stereotypes you’re confronted with? Your family? How you see yourself?

The first step to understanding who you are is to start asking yourself. It’s not easy and sometimes, it’s not very fun, but it will make things much better in the end. When it comes to identity, I want people, especially adoptees, to know that it’s okay to ask questions and question the answers. It took me a long time to feel comfortable wearing my identity with pride because I was afraid of not fitting in. But in the end, I realized that being proud of how I identified was what made me fit in. It allowed me to find a community where I was happy, felt accepted, and was allowed to be my nerdy, artsy-self without fear that I wouldn’t be included.

In the end, everyone has agency over how they identify. Only you can decide where and how you fit in. And that, I think, allows you to be authentic. Which is the most important thing you can be. 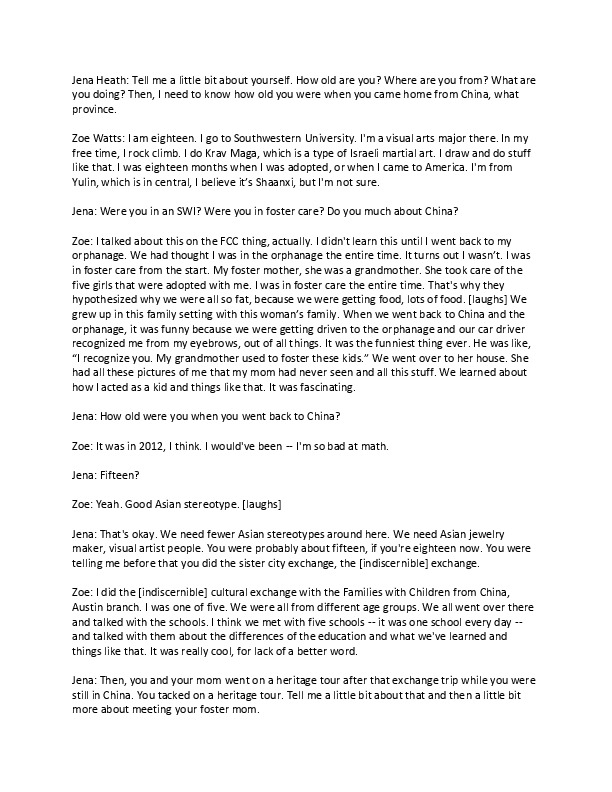