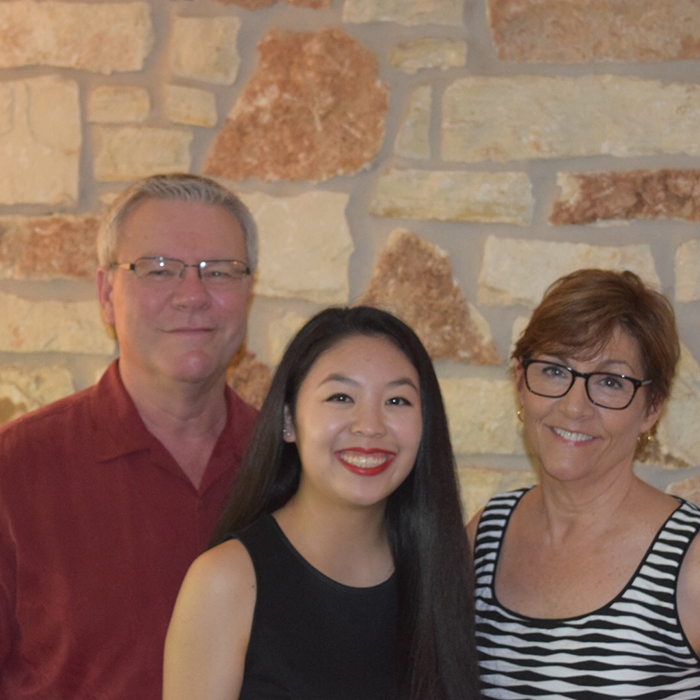 My name is Hannah Weaver. I was born in Foshan City, Guangdong Province, and adopted at the age of 13 months.

I am currently a high school sophomore in Austin, Texas and  learning Mandarin. I love learning Mandarin because it allows me to feel a reconnection back to China. This summer I will be returning to China with my school for a foreign exchange program. I am a counselor at a culture camp for Chinese adoptees every summer. I love being a counselor at this camp because it allows me to meet other adoptees and hear their stories.

I always thought my life as an adoptee wasn’t that difficult, I didn’t really believe that being adopted had affected me dramatically. It wasn’t until this year at my Chinese culture camp that I realized had affected I have actually been. For the past 15 years of my life I haven’t had to encounter any really rude comments about being adopted, however in just this past year, I have had to deal with a lifetime's worth of rude and ignorant comments toward my ethnicity or the fact that I am adopted. This rude and ignorant comments came from the very people that I thought would never say these things, they were some of my “closest” friends and even my teachers.

I have always been proud to be Chinese adopted, I always felt like it make me unique or special. I have always thought of myself as Chinese, not American or Chinese-American. I was recently doing a documentary about adoptee from China and how they are doing now, the interviewer asked me what I called myself: Chinese, Chinese-American, or just American. I said without hesitation that I called myself Chinese, the interviewer turned to my mother and asked her the exact same question to which she answered Chinese. Some adoptees haven’t been as affected or care as much as others about their adoption, my best friend could not care less about what someone said about her ethnicity or adoption. I on the other hand care deeply, it matters to me, I see myself as being Asian so that is how I carry myself.

It wasn’t until this past year that I have started to really embrace my heritage, I currently have a host student from South Korea that is living with me. I believe that he living with me has really made me embrace my “Asian” side, I have come started to reach out to my Asian friends and really enjoyed being immersed in the Asian culture.

I recently did a poem in my debate class about being adopted. The poem was a collection of other poets' writings and then I just added an introduction and cut and pasted the pieced to form one long poem. This poem was all about how we are given names and what they signify, like if your name defines you or expresses the kind of person you are. I as an adoptee was given a name by my orphanage, that name was Zhong (director’s last name) Xiao Shang and it means `little business woman.` I was told this name was selected for me through a process of laying three objects in front of me, then I guess I chose some money or a cash register and that is how I got the name. This could all be a fable told to my parents to make them believe my name has no meaning to it. I sometimes wonder if my birth mother gave me a name, is that the true name that describes who I am, was the given name by my orphanage and the name I was given by my adopted parent just nickname? These are the kind of questions that the poem and I both ponder. I chose this poem because it shared the dark side of adoption, the side no one likes to talk about. Some people may never see or experience this side, but I have. This dark side is all the negative things about adoption. People all like to believe that adoption is a happy and joyous experience, but…

to take voluntarily (a child of other parents) as one's own.

Most of the time, people see adoption as a happy and joyful experience but no one ever talks about the negative sides to this one sided process. Adoptees have all had to answer plenty of ignorant questions that are solely rooted in the lack of knowledge from the inquirer. Most of the time the person isn’t trying to be offensive or even believes their question is a reasonable one to ask, but after about the 100th time a classmate asks, “So if you are adopted, do you like, know your birth parents?” we are fed up. For people that are unaware of what adoption is like for countries where it is frowned upon, then yes, asking if we know our birth parents is a totally logical question, but for adoptees, it is a reminder, that unlike open adoptions, we will mostly likely never know where we came from. We will never know if we have a medical condition, or our father’s nose and our mother’s eyes, but most importantly, we will never know why we were abandoned. Lost Princess by various authors.”

I could not have asked for a better family to be adopted into because my grandmother on my mother’s side had four children, three boys and one girl (my mom), and out of these four children, three have adopted. I literally was placed in a family of three-quarter adoptees, however none have the same background as I do. All of my cousins know their parents, they know where they came from and who they are.

I feel like my adoption has cause me to have a missing puzzle piece of my history. I know nothing about my background except for where I was found, I don’t even know my birthday. I feel like there is a missing piece of me that can only be found when I finally meet my birth family. I have a deep feeling that one day I will meet my birth family and I hope that I will have the opportunity to build a relationship with them. 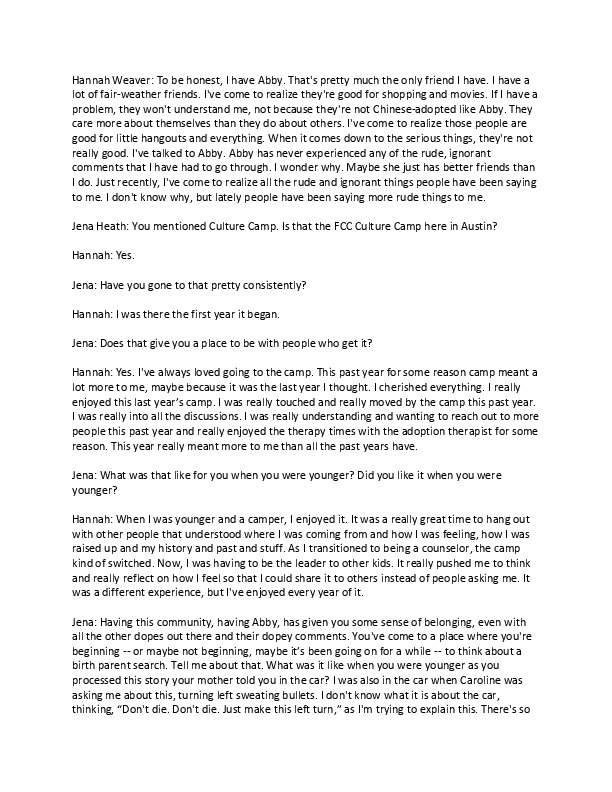