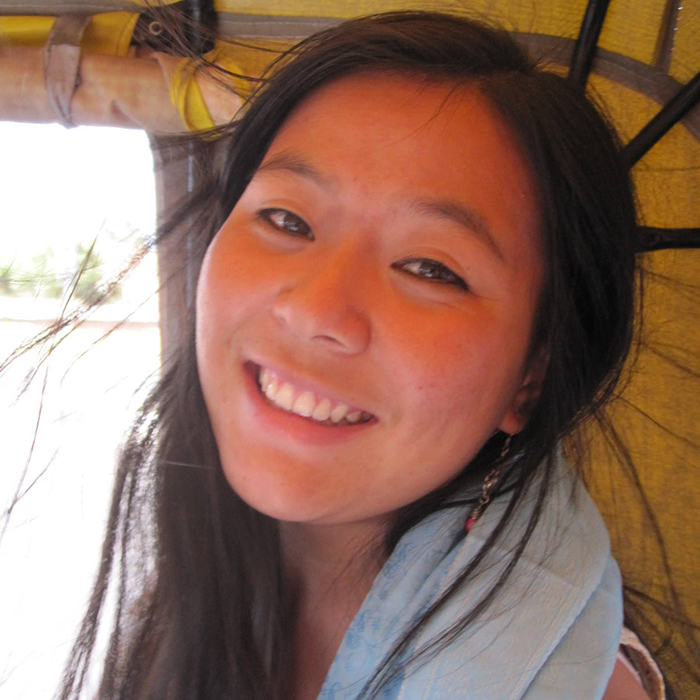 I am the Asian sheep in my Italian-American family.

The first thing anyone says to me within five minutes of meeting is “Where are you from?” Before we get further into this essay, let me be clear: this isn’t me trying to make some prolific Universal Statement About Adoption or sway anyone’s opinion in any way. Rather, it is a tiny article occupying a tiny corner of the Internet that points out one person’s perspective – my own – and lets the reader come away with whatever insight (if any) they may.

Almost everybody in America is from somewhere else (except, of course, the Native American people we still screw over to this day). This is an immigrant country, so naturally “where are you from” is a question not of malice but of curiosity, interest, and sincerity. And especially in New York, one of the great multicultural microcosms of the world, race is a large part of your identity.

So, this question in itself is not particularly offensive. Really it’s more confusing than anything, since my go-to one-liner is: “Well, I’m from China, but no, I can’t teach you Chinese, because my parents are American.” Because they flew over to China to adopt me at seven months old. Because I look like one thing yet speak and think like another. I am not Chinese, I am not American, and, much to the chagrin of the people who try to tell me so, I am not Italian, either.

My dad’s a first-generation man, the fourth son of Italian immigrants from Sicily. My mother’s second-generation, also from Italy. Growing up consisted of regular family traditions: Thanksgiving at my aunt’s, Christmas at our place. Although I’ve always been accepted unequivocally in my family and treated like anyone else, there are times when I sometimes feel like an outlier, the yellow sheep, if you will. Sometimes I get jealous: I’ll see my beautiful Italian cousins, with their flowing brown hair and big eyes (and most especially, their crazy-long eyelashes!) and I’m wary of my straight black hair, small eyes, and basically nonexistent eyelashes.

I’m an only child, which has caused me some discomfort, both because I’m almost certain I may have a sibling (or siblings) in China, and because this means all of my family’s attention is on me. There is no external pressure from them, but the internal pressure I feel to be a success, to not let my parents down, to essentially repay them not only for my safety and financial security but also my life is no small thing.

The thing about adoption that I can’t get over is this one idea: the concept of saving a child versus simply having one. Let me explain.

When you are trying to become pregnant and are finally informed of the great news, you spend nine months thinking and breathing and caring for and loving this child inside of you. You are overjoyed, excited, nervous, crazy. It is no different a process from my (adoptive) mother’s feelings when a caregiver handed me over to my mother’s arms. But there is a difference.

I have never asked my parents this question, and am afraid to because I don’t want to offend them. But to me, there is a big difference between having a child versus saving one. So many times, after clumsily reciting my life story to strangers, I have been silenced by the phrase, “You are so lucky." And this is especially the case when it comes to older Chinese women.

“You are so lucky you escape China,” they say. “So lucky your parents take you away.”

Of course, they’re right. I am extremely lucky and grateful every day to my parents for everything they’ve done, for providing me with a life millions of people can only dream about. I have never had to worry about where my next meal is coming from, or been forced to choose between going to school or working to support my family. I have never even had to question my ability to go to college and pursue whatever dreams I have for myself, unlike so many young people both domestically and across the globe. I have never had to worry about whether certain health vaccinations are available in my country, or if I have enough money to buy new clothes, or even school supplies. My family has provided all of this and more.

And yet there is this whole other side of extreme privilege I’ve felt, and that is intense guilt. I feel ashamed that I haven’t had to struggle so hard, like I may have had to in China, in another life. I feel guilty that I can sit here, typing on my laptop, while anyone else could be in my place, someone who deserves it more. I have always been my own harshest critic, and know I’m a hard worker, as countless people have pointed out. But for all their praise, I can still never shake the thought that my life boils down to a spectacular accident. That right now, my Chinese brother(s) and/or sister(s), whoever they are, could be struggling, and I have no connection or any way to help them at all.

I have also felt, more so in the last two years, that I have no connection to my Asian-ness, and this upsets me. People always approach me assuming I can speak Chinese, and it’s embarrassing to admit I can’t say more than two phrases. Finally, last fall I began studying Mandarin, my first attempt to really grasp something of this culture I am otherwise isolated from. And my decision has been met by some hesitation: well-meaning people have asked why I’m bothering to take this course at all, since it’s not a graduation requirement. (The language requirement at my school is to complete any language to exit-level). But I didn’t take Chinese last spring—I took Spanish. So why not just do the logical thing and finish my Spanish, leaving one more semester free of my senior year to take any elective class I choose, instead of “wasting time” pursuing this language?

But learning a language to me has never been a vain effort. I have always been in love with language, and am ashamed that many people nowadays seem to have no motivation whatsoever to learn anything but English, since “everyone is learning English." I can’t even listen to that ignorance.

You get a lot of questions, being adopted, because there aren’t a lot of us, and even less of our voices appear in the media. We become these exotic new playthings for everyone else. One of my extremely blunt friends once asked, “How does it feel, knowing your real parents abandoned you?” (Side note – do not refer to my biological parents as my “real” parents. My adoptive parents are just as real!)

I don't think, or don't like to think, that I was abandoned. Apparently I was never in an orphanage, but rather jumped around a few foster homes. Just last spring I discovered two surprising new details to add to my mysterious story: (1) I was found in a park, appropriately called Forest Park (which is ironic, as there is a Forest Park five minutes away from my U.S. hometown), and (2) my birthday may not actually be my real date of birth after all. I've always been told it was in March, but, alas, it may actually be in April. (Fun fact: This also means that my astrology sign is wrong. I am not the world' s most superstitious person, but always thought I resonated with the Pisces sign. Now that I'm reading up on Aries, I've found I relate equally to the Aries' wild, brash energy just as much as the Pisces dreamy sensitive side. Does this make a difference in my subconscious? Who knows? And more importantly, who cares in the long run?

I never even became super fixated upon my adoption story until last fall, believe it or not. It was my first trip abroad, to India. Naturally I stood out for not being Indian, but I also stood out for not being white. Street vendors would yell “Korea!” and “Japan!” to me, or, most commonly, “Nepal!” because of my darker skin. It was the first time I truly felt unsure of where I was from, or what I identified as.

Growing up, my parents easily talked about their journey to get me, how they flew to China and everyone wanted pictures with them, and on the flight home some Chinese lady looked into my eyes and said, “That one’s gonna be a bright one."(Hurray for nice old ladies!) But when I ask about my biological family, they can’t provide any information because they have none. One of the reasons they claim they didn’t adopt from the U.S. is because they “didn’t want it to be messy” – meaning they wanted a closed adoption, with no contact between the two families that would, in their minds, unnecessarily complicate things. They wanted to be my only set of parents, and I can understand that.

But I often wonder about these mysteries of my past, and what this means for my future. I am so lucky in this life, but at times I feel so lost. I’ve never felt like I can fully be myself with my family, but then again, that might just be me being an over-sensitive weirdo. I also can’t feel a true connection to my ABC peers, either, because they hold traditions and family values different than mine.

When I tell people my story, they’ll eagerly exclaim how they’ve met someone “just like me," meaning someone else who was adopted from China, too. As if that makes us the same person. I think it’s just a knee-jerk reaction, a filler because they don’t know how else to respond.

Most people think it’s cool and exotic. Different. To me it’s just my life. I know there are millions of more important things to talk about than this one girl’s story, but it’s always been in the back of my mind, and I thought I’d finally put my thoughts into words.

I have no idea if I want to adopt in my future. I want to help children with no families, but I don’t want to go into it with the idea that I’m “saving” them and have them grow up with this messy guilt complex. It seems a noble thing from the outside: there are so many children without homes in the world, and our population is getting bigger, anyway. But when you live it, when you see things from the adopted side of view, there are a lot of questions, too. I love my family so much and am grateful for them every day. I love breaking stereotypes and surprising people with my story. But I can’t help being reminded, with every new person I meet, just how unusual it is.